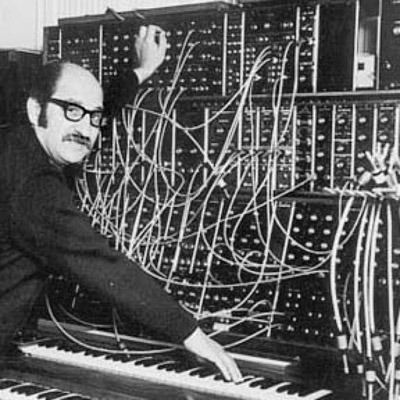 Mort composed the music for the Grammy Award Winning "Best Children's Recording" THE LITTLE PRINCE narrated by Richard Burton. The entire score was created electronically on a Moog synthesizer at his Patch Chord studio in 1974.

Mort attended the Julliard School of Music on a scholarship where he was a composition major. He was a pioneer in the genre of electronic music for film, television and studio recording. Mort conducted the London Symphony Orchestra and the Los Angeles Philharmonic. He was the composer of many published songs, including the number one hit "Our Day Will Come" (recorded by Ruby and the Romantics, Frankie Valli and k.d.lang), "This Is My Beloved" (Arthur Prysock - gold record), and the Grammy nominated "Zodiac Cosmic Sounds." He arranged more than 20 film, television, episodic and game show scores, including the National Geographic series "Untamed World" for NBC.

Mort was the composer of "Marilyn - The Musical" at the Adelphi Theatre, London. For his final theatrical work, in collaboration with book and lyric writer Buddy Kaye, he composed the score for "When Garbo Talks!" a world premiere musical at International City Theatre, Long Beach Performing Arts Center.

His early electronic moog synthesizer albums, The Zodiac: Cosmic Sounds (Elektra, 1967); The Wozard of Iz (A&M, 1968); Signs of the Zodiac (A&M, 1969); and Lucifer-Black Mass (United Artists, 1971) are highly valued cult classics and earned Mort the distinguished title of "The Grand-Daddy of Electronica.