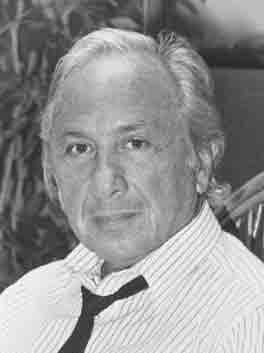 He was a well known songwriter/lyricist and author whose career spanned six decades. As a lyricist he had more than 400 published songs. As an author his works were published by Random House, Simon and Schuster, Bantam Books, St. Martins Press and Candlewick Press.

His songs have been licensed for motion picture use in: Lee Daniels THE BUTLER, THE BRIDGES OF MADISON COUNTY, SUMMER HOLIDAY, GIRL INTERRUPTED, SLEEPERS. Other credits for motion picture main title include: CHANGE OF HABIT and TROUBLE WITH GIRLS (the final two Elvis Presley films), HURRY SUNDOWN, TWIST AROUND THE CLOCK, TREASURE OF SIERRA MADRE, NOT AS A STRANGER and A SONG TO REMEMBER.

He was a Golden Circle member of the American Society of Composers, Authors and Publishers, and served on the board of directors. He was a member of the Academy of Motion Picture Arts & Sciences, Hollywood Songwriters Guild, Opera America, Nashville Songwriters Association and was President of the Palm Springs Writer's Guild. He also taught Method Songwriting at UCLA Extension and the College of the Desert.

For his final work in November 2002, Buddy Kaye completed the book and lyrics to his original stage play "WHEN GARBO TALKS!" which had its world premiere at International City Theatre - Long Beach Performing Arts Center on October 12, 2010.

Buddy Kaye, Songwriter of Hits for Como and Sinatra - The New York Times

Grammy Letter - The National Academy of Recording Arts and Sciences